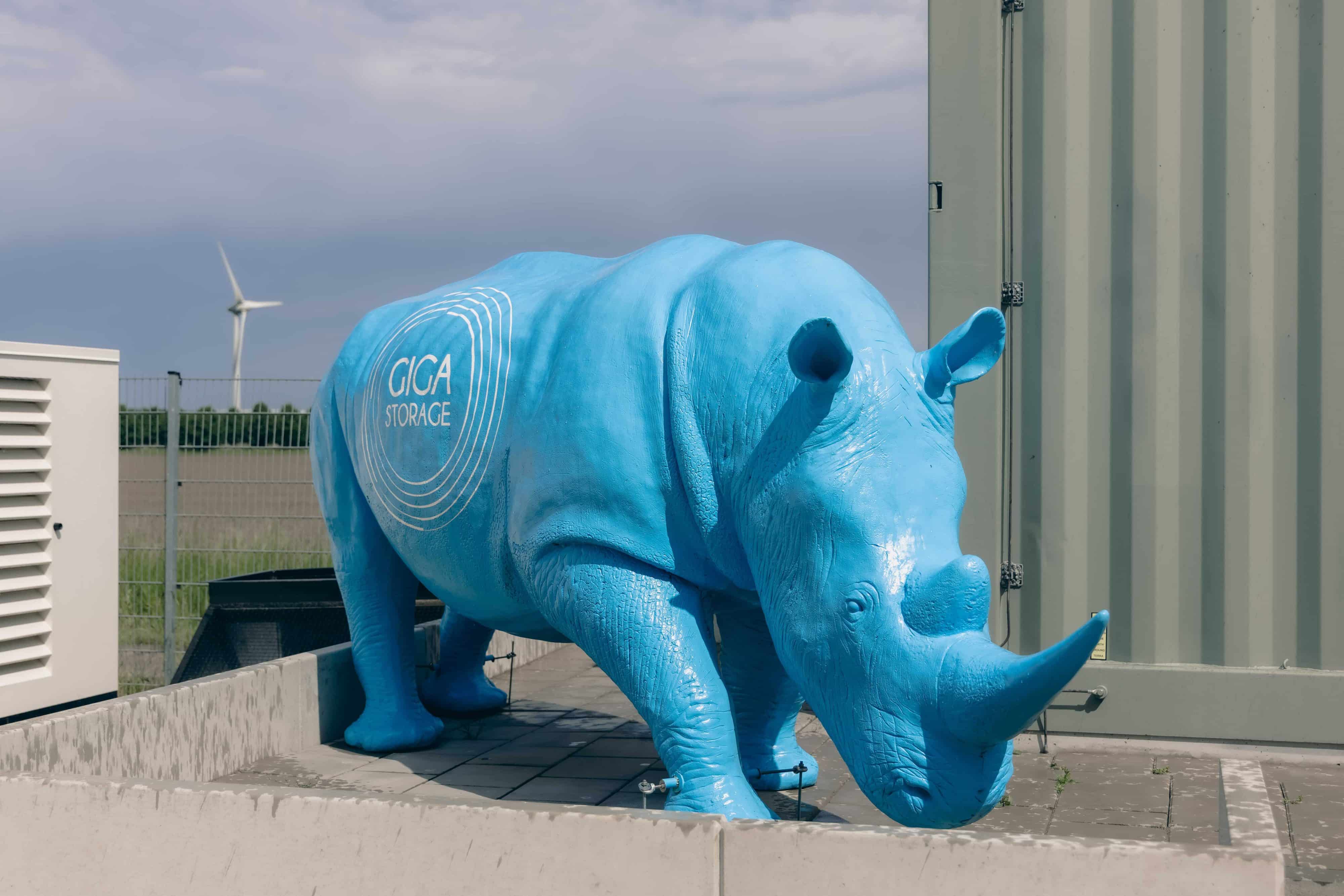 GIGA Storage is a developer, manager and investor of energy storage in large-scale renewable projects in Europe and trades energy on the energy trading markets.

The Rhino Battery, with a capacity of 12 MW/7.5 MWh, was the most powerful battery in the Netherlands when it was completed in 2020. The amount of energy stored in the Rhino Battery annually can be compared to the total electricity consumption of approximately 5,000 households per year: a GIGA battery!

The Rhino Battery was installed in 2020 close to Wageningen University & Research test centre in Lelystad, right next to the Neushoorntocht wind farm.

The primary purpose of this battery is to put a greater amount of renewable energy on the power grid. We do this by deploying the battery in such a way that switching off sustainable energy production is limited. In addition, the Rhino Battery helps to stabilise the grid. The Rhino Battery thus has a positive impact on the reduction of CO2 emissions. Energy storage is the missing link in the energy transition.

the future of energy storage, today

Our solutions
Type to search
Manage Cookie Consent
To provide the best experiences, we use technologies like cookies to store and/or access device information. Consenting to these technologies will allow us to process data such as browsing behavior or unique IDs on this site. Not consenting or withdrawing consent, may adversely affect certain features and functions.
Manage options Manage services Manage vendors Read more about these purposes
Preferences
{title} {title} {title}